While the UAAP Women’s Basketball tournament is finally back from a three-year hiatus, the UP Fighting Maroons are yet to get back to the winning column.

UP Women’s Basketball team failed to capitalize on their third–quarter momentum and took a 51-73 loss against the De La Salle University Lady Archers on the maiden game-day of UAAP Season 85 Women’s Basketball Tournament, Saturday morning at the Mall of Asia Arena in Pasay City.

Despite a better second half showing for the Maroons after scoring 19 points in the third canto alone, the team was not able to fend off the Lady Archers’ hot offense all-game long as DLSU thwarts UP’s comeback hopes in its first duel in the elimination round.

Rhea Sanchez fueled UP’s resurgence after the halftime break, knocking down back-to-back shots from downtown. DLSU, though, banked on its steady scoring ways and scored 22 in the third quarter to retain control with a comfortable 57-38 advantage.

From then on, the Fighting Maroons’ fuel burned out as the Lady Archers went on full throttle in the fourth quarter to cap off their opening win of the season. With the loss, UP’s losing streak in the tournament was extended to six dating back from Season 82.

After the frustrating finish, UP Head Coach Paul Ramos in the post-game interview believes that the team could have done better, and credited DLSU for a commendable showing in the first day of the UAAP.

“Personally, I’m so disgusted with how we performed. Credits to La Salle, they played very well. No excuses. Definitely, this will not be the same as we move forward,” the tactician said.

UP failed to get a grip in-and-out of the painted area, converting only 12 points compared to La Salle’s 32 while tallying an underwhelming 13.8% efficiency in the rainbow country, much lower than the opponent’s 31.6%.

Acrissa Maw paced the Maroons with 11 points on a 33.33% shooting to go along with eight rebounds, three steaks, and two blocks in a losing fashion. Stiff Larrosa, who went down in the 3:24 mark of the first quarter after a collision with La Salle’s Fina Niatcho, still finished the game with eight markers along with two boards, two assists, and two steals.

The squad will take on host and traditional rival Adamson University on Wednesday at 3 p.m. while DLSU will face UST earlier that day at 9 a.m. Both games will be held at University of Santo Tomas Quadricentennial Pavilion. 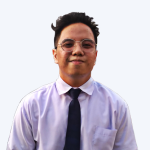