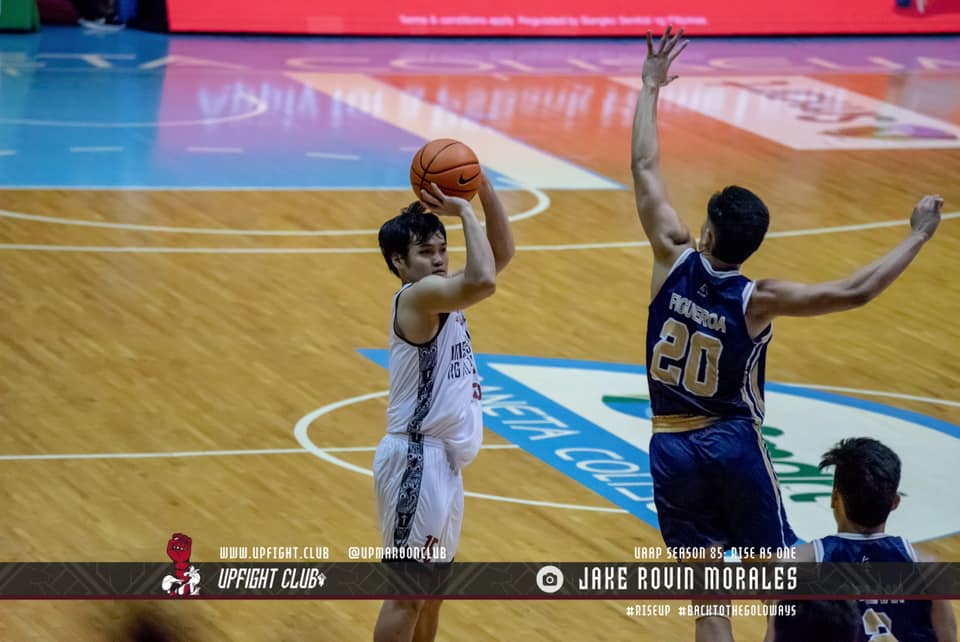 University of the Philippines exacts revenge on National University to redeem their first round loss, 75-63, on Sunday afternoon at the Araneta Coliseum in Cubao, Quezon City.

Since dropping their previous match-up against NU, UP has won four straight to tighten their grip on the first spot and improve to a 7-1 record while the Bulldogs drop to 5-3.

With 4:33 left in the game, the Bulldogs were up by one after PJ Palacielo completed and and-one play, 62-63. The Fighting Maroons then launched a furious 13-0 run to come away with the victory.

Cyril Gonzales established his career-high of 15 points, 12 of which were scored in the fourth quarter. He singlehandedly outscored the entire NU team in the final frame, 12 to 11.

Zavier Lucero led the Maroons with 16 points on a 5-of-8 clip from beyond the arc, including four rebounds, five assists, two steals, and one block.

The Fighting Maroons had a 26-14 advantage in assists and shot 11 triples compared to the Bulldogs’ three. They forced NU to 26 turnovers, which resulted to 19 points.

Holding the fort for NU were Michael Malonzo who had 12 points and 6 boards as well as Steve Nash Enriquez who chipped in 11.

UP looks to extend their winning streak as they go head-to-head with Adamson University at 1PM on Wednesday. NU hopes to get out of its two-game skid when they face Ateneo de Manila University to close out the quadruple-header at the Mall of Asia Arena.