When the buzzer finally sounded, it was the Fighting Maroons that came up short to the gutsy Growling Tigers for their second match in UAAP Season 82.

UP failed to capitalize on their first game win as UST showcased their team play and athleticism. Despite another impressive showing from Bright Akhuetie and Javi Gomez de Liaño, who tallied a combined 34 points, UST literally ran away with the victory with four players scoring double digits.

The Fighting Maroons came out strong at start but UST countered with consecutive blows that put them above for almost the rest of the way. As always, the UP community never gave up in cheering the boys but King Tiger Renzo Subido silenced the crowd when he hit two difficult shots in the final minutes of the game. Backing him up is the highly-touted rookie Mark Nonoy who sealed the deal with a dagger three.

King Maroon Manzo was not able to hide his feelings in the heartbreaking finish. His game-high 7 assists were not enough to propel UP into its second win. Coach Bo did not deny that adjustments must be made to bounce back. We will all wait to see that as they take on last year’s Final Four rivals in Adamson Soaring Falcons on September 15. 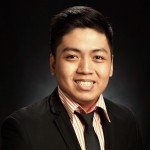