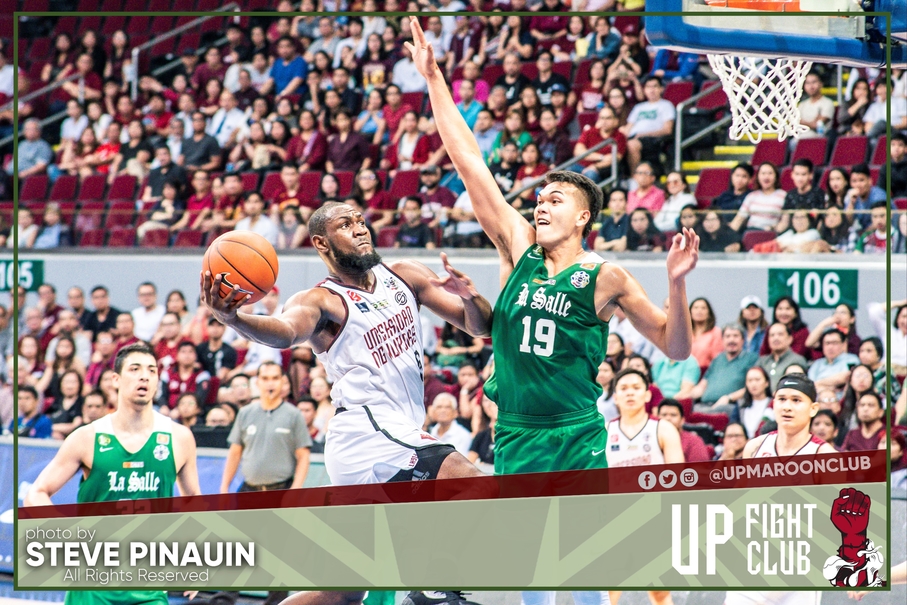 A Juan GDL game-winner lifts UP in another UAAP Season 82 thriller as they steal the victory from DLSU, 72-71. The Green Archers led most of the game but the Fighting Maroons held on until the final minute to avoid an impending heartbreak.

Joining Juan in what is considered reminiscent of UP’s “Atin ‘To” moment is Kobe Paras who once again shined with 21 points. Bright Akhuetie also put on a clinic with 17 points and 14 rebounds. Injuries and foul troubles haunted the Maroons all-game long. However, this-nail biter can prove to be the confidence-booster they need before going into the “Battle of Katipunan”.

Earlier before the match, Coach Tab Baldwin of Ateneo Blue Eagles shared his excitement for Sunday as he expects a big crowd to fill the Araneta Coliseum. He mentioned, however, that his team will be treating the match with UP like their any other matches. Their style and play are convincingly strong given that they are still undefeated until now.

The Fighting Maroons now sit at solo 2nd place after UST lost its last matchup of the round. They will face last season’s champion, Ateneo Blue Eagles, today at 4pm.