Carl Tamayo, UP Fighting Maroons rookie and probably this batch’s biggest get is one of the most sought-after recruit.

Most Philippine basketball analysts would agree that Tamayo’s talents are better taken abroad, where he could polish his skills with top-notch mentors, build his resume, try for the big leagues. Along with the hopes of a brighter international exposure, many have thought that doing the Kai Sotto route would make us more competitive in international competitions.

After his high school career, however, he was poised to be with the NU Bulldogs. Most teams have set their eyes on him but all of them know that there’s little to no hope when it comes to Carl Tamayo. Recent developments with another teammate, Kevin Quiambao, however, lead the way for Coach Bo Perasol to recruit the promising forward. Along with guard, Gerry Abadiano, the Fighting Maroons now have a legit future in the hands of these champion-caliber recruits.

Aside from being a former Bullpup, Carl Tamayo is also a member of the Batang Gilas team. In the 2019 FIBA Under-19 World Cup tournament, Tamayo scored 12.6 points and 6.1  boards once joined Kobe Paras, Ricci Rivero, Juan Gomez de Liano, Paul Desiderio and Will Gozum in the Filoil Flying V Cup what was hoped to be the start of the preparations for 2023 FIBA World Cup.

The 6’8″ forward/center has lead the NU Bulldogs for their back-to-back championships and just last season, he was a force at both ends of the court with 12.6 points and 10.4 rebounds in NU’s perfect season. Tamayo wrapped up his high school career with a Finals MVP distinction. He won the Rookie of the Year award when he debuted for the Adamson Baby Falcons years back.

Now, UP is excited to welcome their newest addition to a stacked line-up of stars. But then again, more than a star, Tamayo knows he needs to play his part when he shares the front court with big man Bright Akhuetie and Jboy Gob.

What’s really interesting with Tamayo is his maturity and discipline, which proves to be his x-factor, and to be quite frank, a much-needed boost in a loaded team like UP, which will feature rookies as much as half of its roster in the upcoming season.

In one of his interviews with SLAM in the past, Carl Tamayo shows how fiercely competitive and mature he is:

With the recent departure of Will Gozum and Akhuetie and Gob graduating, UP has found their big man of the future set to make waves with Malick Diouf and Ethan Kirkness down the road. 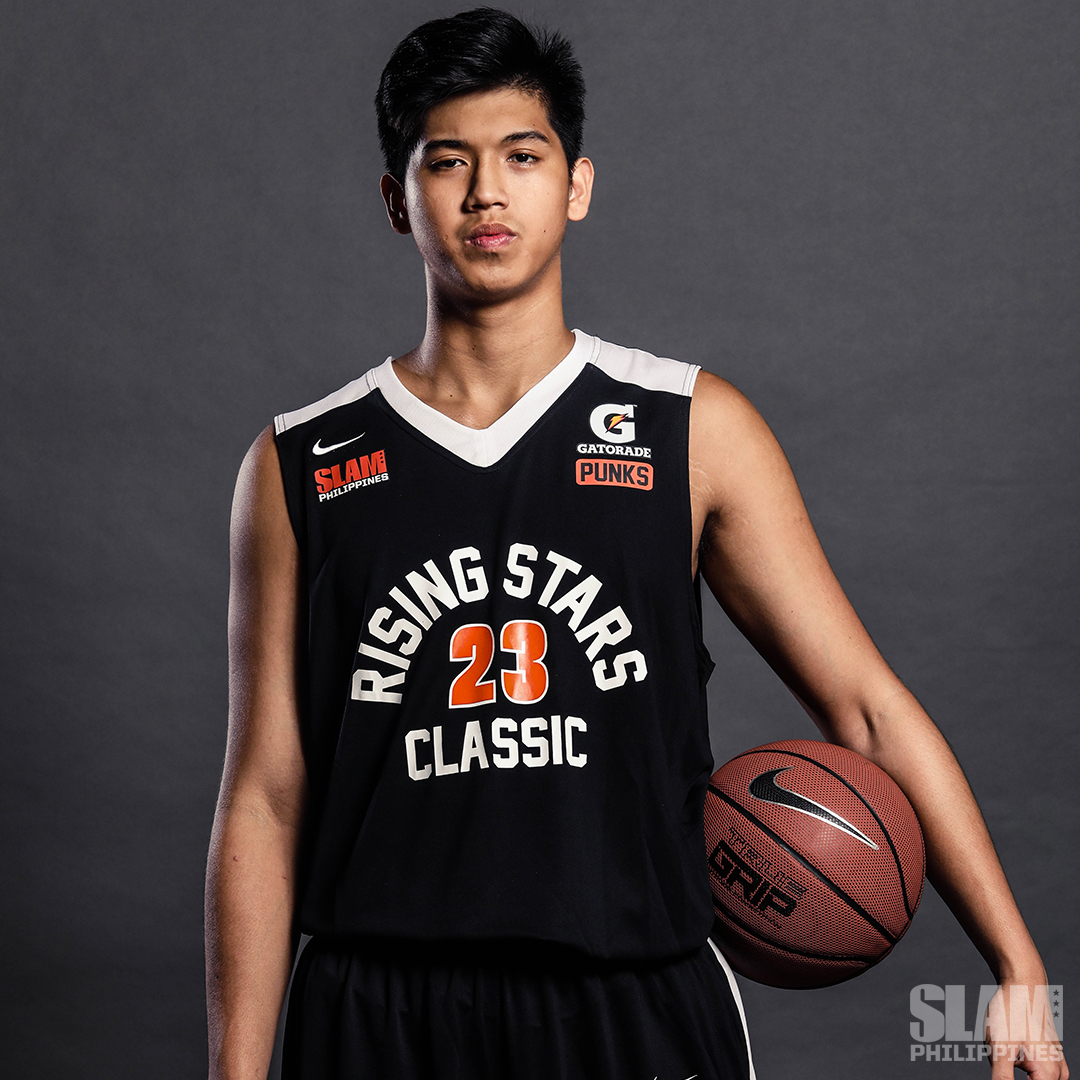 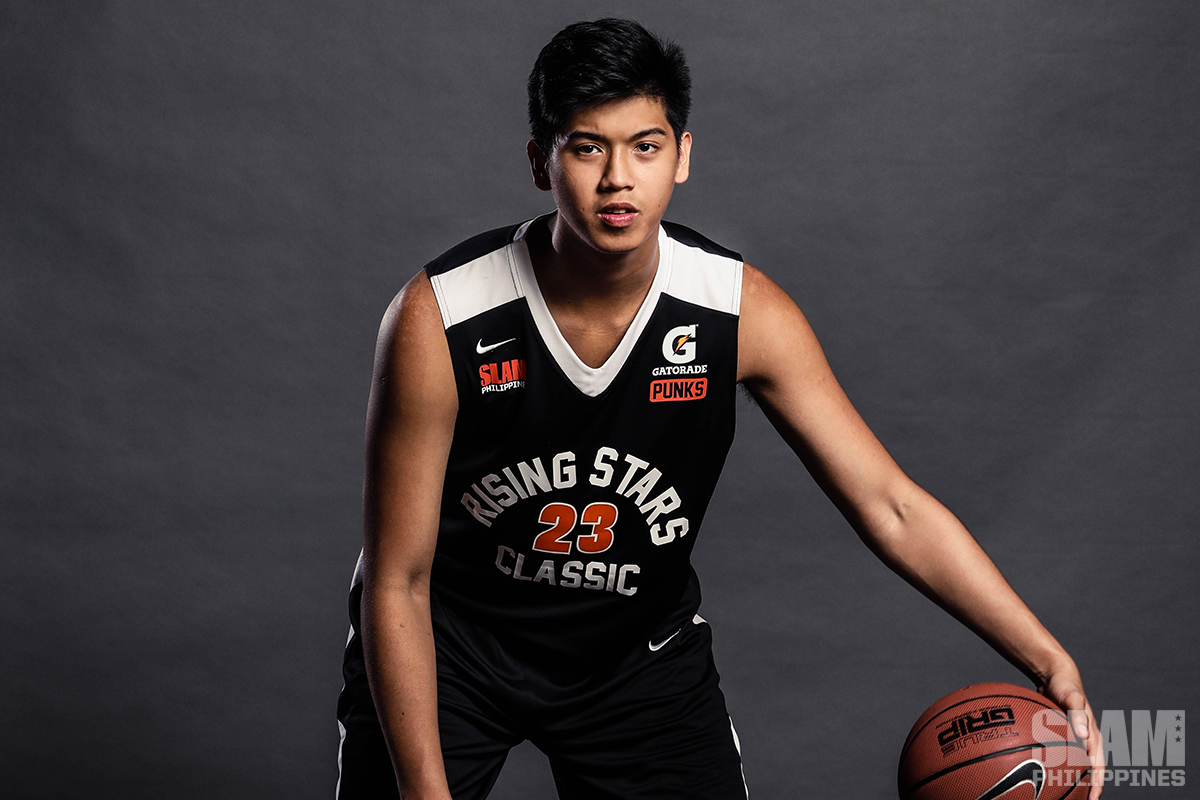 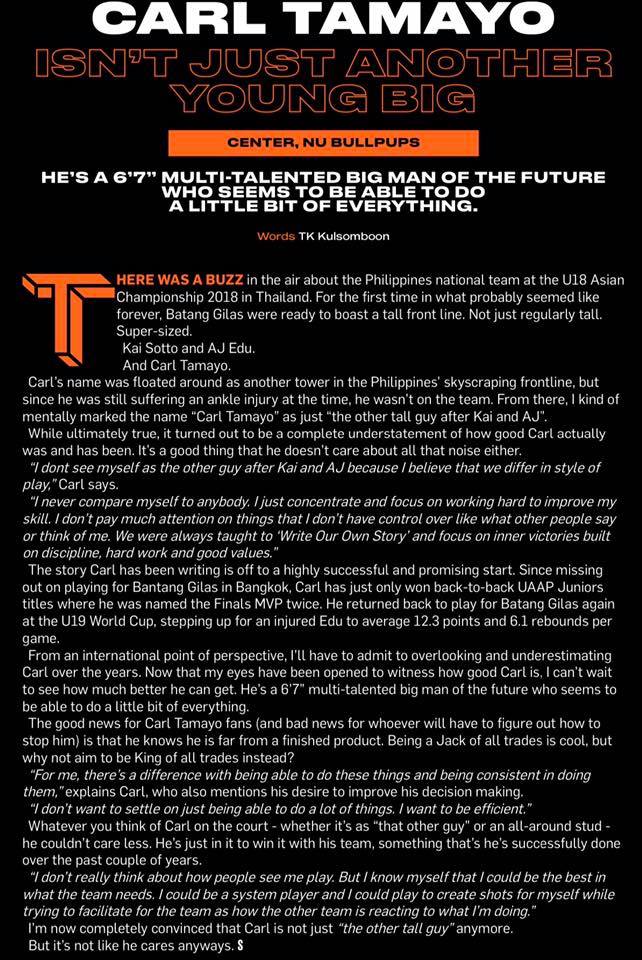 UP, get used to it, Carl Tamayo of the UP Fighting Maroons, is here and he’s gonna be a key cog in our quest to get that elusive championship!