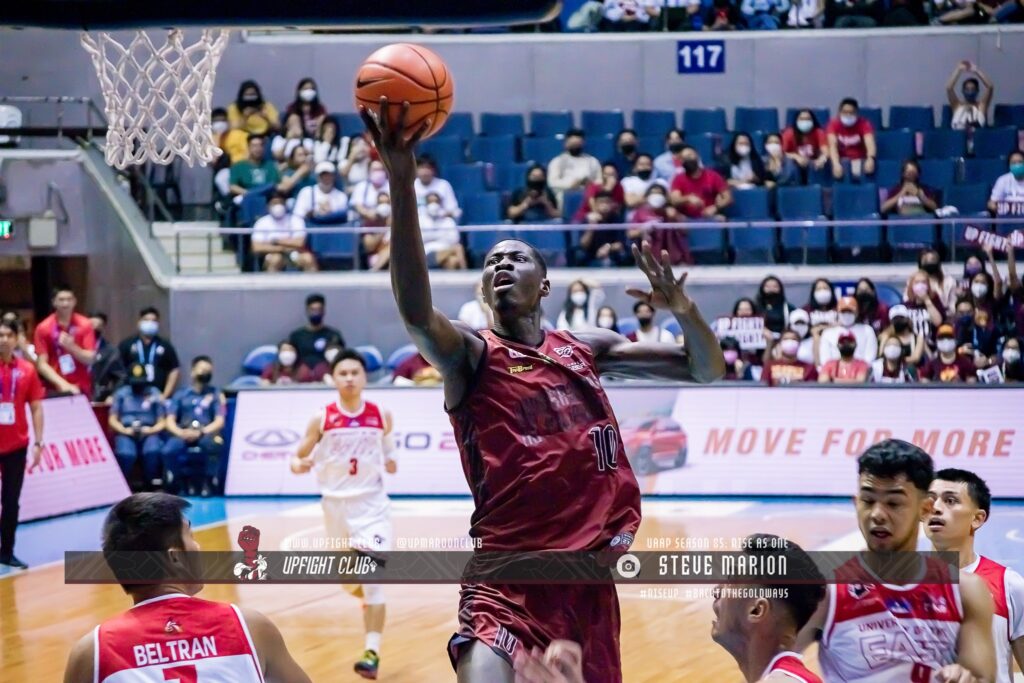 University of the Philippines survives a late surge by the University of the East in a wire-to-wire victory, 83-69, to secure at least a Final Four playoffs spot, on Saturday, at the Smart Araneta Coliseum in Quezon City.

UP has entered the Final Four for the fourth consecutive season after National University triumphed over Far Eastern University in the third game of the quadruple-header.

The Fighting Maroons were enjoying a comfortable 18-point advantage towards the end of the first quarter, 32-14, but the pesky Red Warriors stormed back in the final frame to cut their deficit to just 7 after Gani Stevens scored, 71-64, with a little over four minutes left.

Malick Diouf, Zavier Lucero, and Cyril Gonzales made 10 unanswered points, 81-64, with 1:07 remaining to give UP enough breathing room to come away with their sixth straight and a 9-1 record.

Diouf topped his previous career-high of 20 points from their last outing to score 23, on a 10-of-13 field goal clip, with 15 rebounds, four assists, three steals, and two blocks.

“We started well. We moved the ball well, especially in the first quarter. Yun lang, towards the second quarter, we just need to learn to sustain what we started,” said UP head coach Goldwin Monteverde. “The way I see it, nag-i-improve naman kami in terms of yung chemistry namin. Ang importante, ma-sustain namin.”

Stevens led the now 4-6 Red Warriors with his career-high of 23 points, to go with six rebounds, and three steals. Kyle and Nick Paranada finished with 15 and 13 respectively while Luis Villegas got 10 points.

UAAP men’s basketball action will resume on November 17, Thursday, at the Araneta Coliseum. 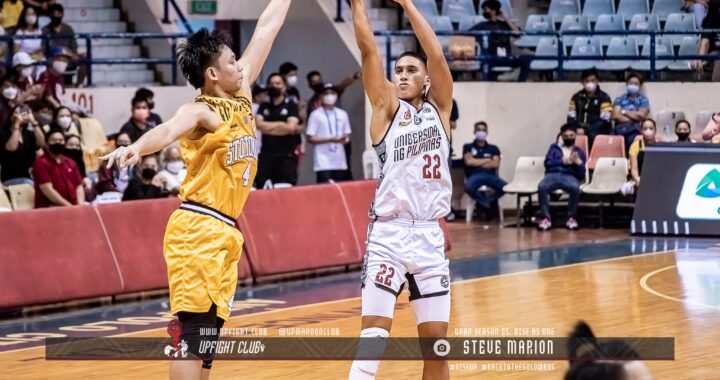