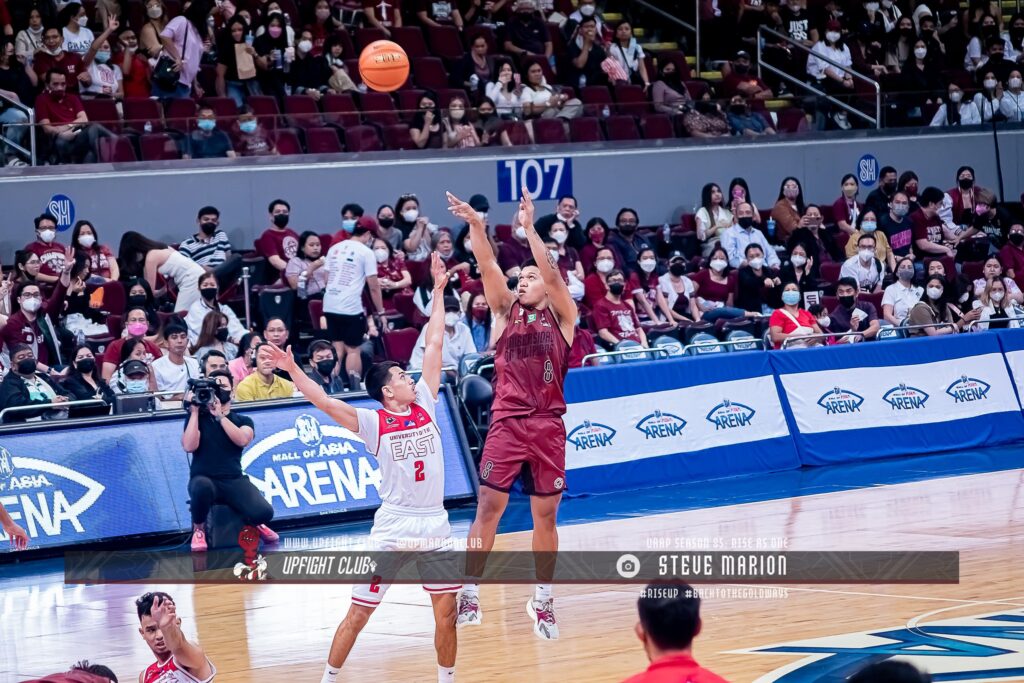 With 42.8 seconds remaining, Zavier Lucero completes an and-one play to give the Fighting Maroons a comfortable 10-point cushion, 79-69.

CJ Payawal fired a three on the other end, then UE manages to steal the ball, making way for a wide open triple to cut down UP’s lead to four, 79-75 with 29.8 seconds remaining.

Gerry Abadiano was sent to the line and split his free throws before Nikko Paranada ran for a quick layup for the Warriors to come within three, 80-77, with 15.3 ticks left.

Malick Diouf and Harold Alarcon were perfect from the line as Kyle Paranada missed both charities.

The Fighting Maroons joined National University atop the standings with an even 5-1 record. The Red Warriors fell to 3-3 with De La Salle University who were defeated by NU in the first game of the quadruple-header.

Gerry Abadiano had 13 points, two rebounds, and a +/-9 rating, the highest in the team for the game. Terrence Fortea finished with 13 points as well as five assists and 2 rebounds.

Carl Tamayo also contributed 13 points to go with seven rebounds and four steals. He was subbed out with 56.5 seconds left, after concurring a minor ankle injury.

Payawal led the Red Warriors with 21 points on a 5-of-7 clip from the three point line and added seven rebounds. Nikko Paranada shot 20 to go with five assists.

To close out the first round of eliminations, UP will go up against UST at 1PM on Saturday, while UE will figure in a clash with Ateneo at 6:30PM the same day at the Ynares Center in Antipolo, Rizal.